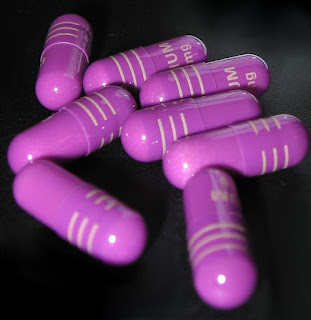 Antacids are one of the top selling drugs in the U.S., available in many over-the-counter and prescription forms. While most people consider these drugs to be harmless and have little side effects, this couldn’t be farther from the truth!
While these drugs were originally designed for prescribed only for short-term use, they are often used and prescribed now for months or years at a time, or sometimes indefinitely. These drugs work by interfering with the “proton pump” and stopping the production of hydrochloric acid by parietal cells in the stomach. The problem is, over 90% of people with “acid indigestion” and “acid reflux disease” actually suffer from these symptoms because they are producing too little stomach acid, not too much!
The common story that people are led to believe is that when we are under stress our stomachs create too much acid which in turn causes heartburn and ulcers. However, what actually happens when we are under stress and our sympathetic nervous system takes over and the “fight or flight” response kicks in, is that the energy of the body is directed away from resting and digesting, including the production of stomach acid. When there is not enough stomach acid, food that is eaten begins to decay in the stomach and produces organic acids that cause the symptoms of acid reflux and indigestion. So while antacids can help relieve these symptoms, they do nothing to address the original problem, and they make it worse.
Over time without enough stomach acid, minerals and proteins cannot be absorbed properly due to the secondary effects on the function of the pancreas, liver and gall bladder. When the stomach does not have enough acid to digest food properly, food literally rots in the stomach and causes the body to become progressively toxic. Because stomach acid is designed to sterilize food, people without enough stomach acid are also more susceptible to food and water borne parasite infections, as well as bacterial and yeast infections. Not having enough stomach acid can also set the stage for premature aging and degenerative disease in the body.
Another result of the long term use of antacids is the degeneration of the gastric mucosa. This is why most people have even worse symptoms when they stop using the medications. Thus, healing the gut mucosa is the first step in a natural protocol to restore healthy digestion. The gut lining must be repaired before gastric secretions can be boosted. This process may take many months depending on the length of antacid use the level of mucosal degeneration.
As more and more evidence is leading to a new understanding of the major role that gut health plays both physical and mental health, getting off of antacid medications* and resolving the root cause of the symptoms for which they are taken is one of the most important things you can do for your health.
Healing the gut with natural protocols is extremely safe and effective but must be done carefully and gradually to minimize discomfort during the process and maximize results. I would love to help you through the process!
Your guide to Optimal Wellness,
Dr. Amber
*If you are taking a prescription antacid you should always consult with the prescribing MD before adjusting your dosage.

Popular posts from this blog

Why you should stop taking vitamins! 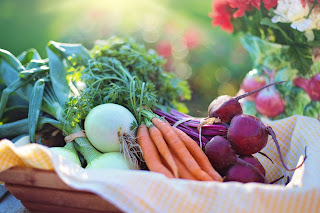 What is a vitamin? And what are your vitamins made of? vi·ta·min NOUN vitamins (plural noun) any of a group of organic compounds that are essential for normal growth and nutrition and are required in small quantities in the diet because they cannot be synthesized by the body. There are several different types of vitamins. Natural Source vitamins contain nutrients from vegetable, animal or mineral sources. These “natural” vitamins require a significant amount of processing and refining. Some examples would be vitamin D from fish liver oils or vitamin E from vegetable oils. To be considered a “natural” vitamin, it only has to include 10% of actual natural plant or animal-derived ingredients – the other 90% could be synthetic. Synthetic vitamins fall into two different categories. The first, Nature-Identical Synthetic vitamins, are nutrients completely manufactured in a lab with the molecular structure identical to the same nutrients occurring in natur
Read more